So far I have spent around ~6M$ in setting up the whole system in this career save.
The system is functional, but can not yet be used to it's full capacity because I still miss more Ore miners and at least one more 15k ore container to join the fleet.
Most of the building was done, after I had finished the Tech Tree and while waiting for my first probes to reach Duna.
Minmus space station and ground base
Minmus mining operation 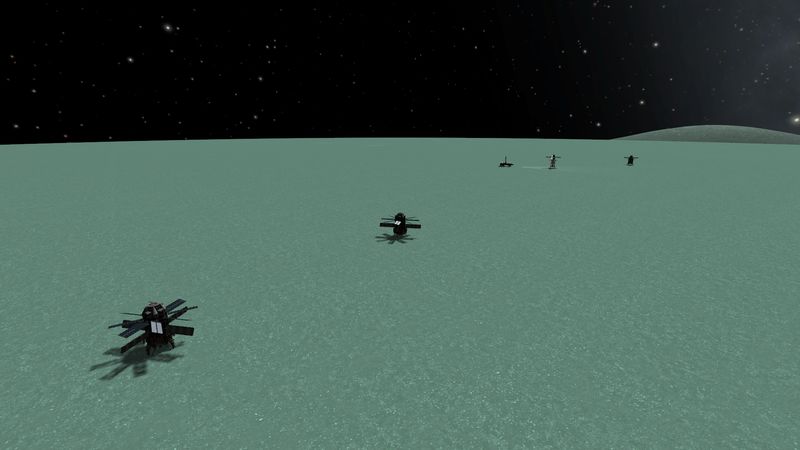 I was lucky in that save to have one of the richest ore concentration on Minmus in a Flat.
The 2 forefront vessels are ore miners and hauler, each with a capacity of 9600 ore units.
In the background a refinery truck and two Liquid fuel + Oxidizer hauler. These 3 vehicles are not used anymore.
Minmus space station: MiSS 02 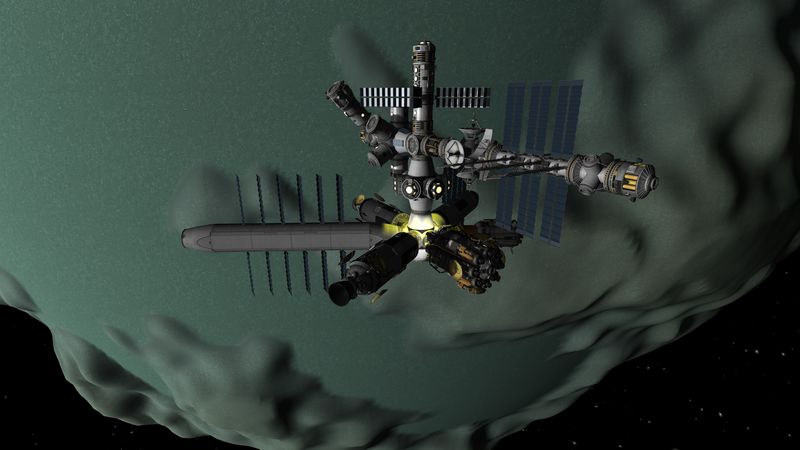 Top of the station is mainly use for Kerbals accommodation.
Bottom part is the Fuel depot area:
One section addition is still being planned, to distance the docking port directly under the electrical production segment from the solar panels:
On the screenshot are also docked several vessels which will be described below. The vessel are nevertheless:
This station will only be used to refuel haulers in the future, the refueling of other missions being done on the Kerbin orbital fuel depot and refinery (KeSS 02) shown just below.
Kerbin space station: KeSS 02 The station is fully functional.
As with MiSS 02, the top part is used for Kerbal accommodation
Bottom part is the Fuel depot area:
There are still some planned addition: 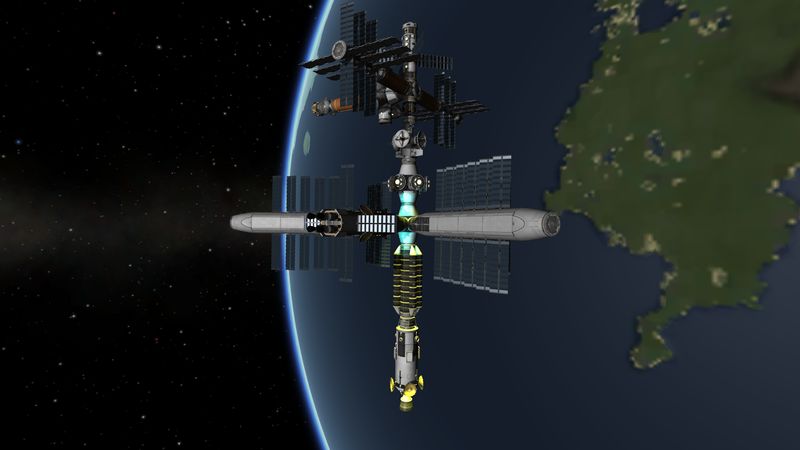 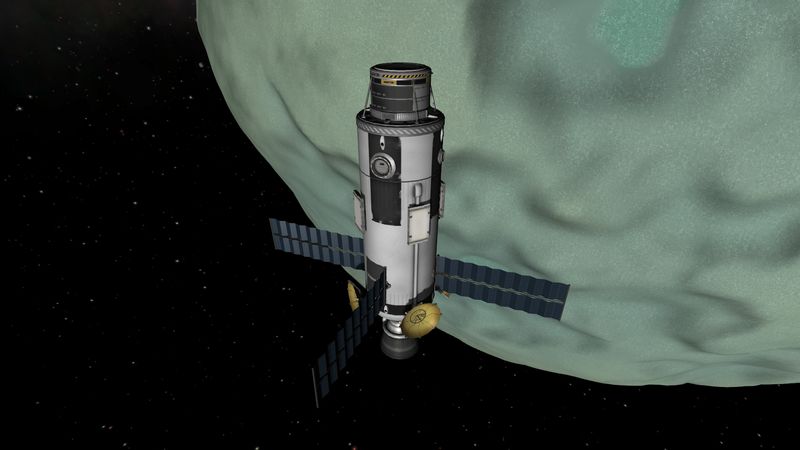 This is the transfer vehicle mainly used in the Kerbin SOI, and also for Duna duties.
Simpler than the Hades variant it has superseded, it only has 2 fuel tanks, and use only one type of fuel (LF+Ox)
Nuclear transfer vehicle: Hades N mk1.m 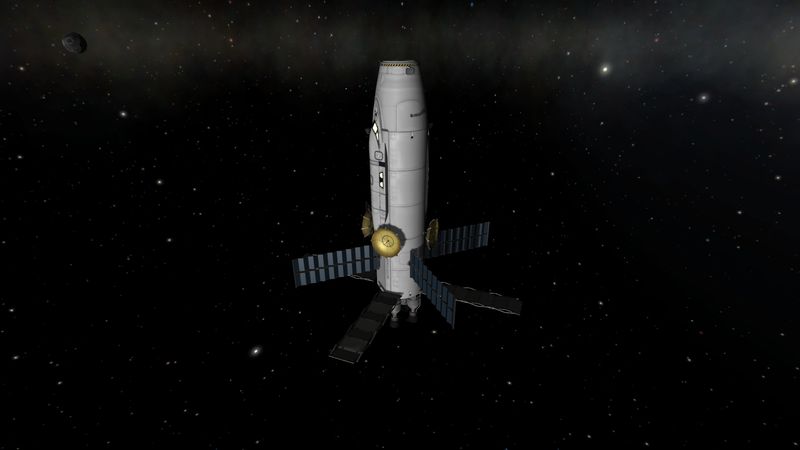 The nuclear transfer vehicle is used to haul 15 ore container between Minmus and Kerbin.
A secondary role is to transfer crew between Minmus and Kerbin:
This vehicle will also be the main transfer stage for the « manned » interplanetary travels (except Duna for which I plan to stick to Hades 2). When used in this role, the crew will of course not reside in the cramped crew compartment of this vehicle.
MiSS 02 surface shuttle mk2 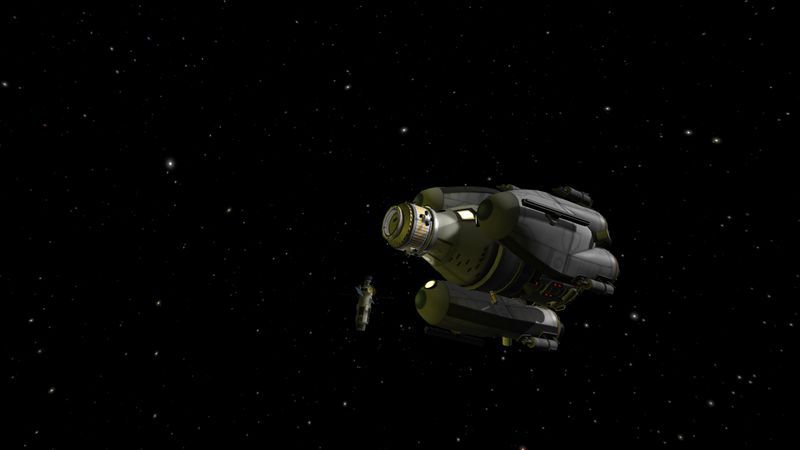 This is the second version of the Minmus Surface Shuttle.
This vessel is used to carry Kerbals between Minmus surface and the space station:
In the background the Hades 2 mk1 vessel which brought the shuttle to Minmus.
Ore Miner mk2 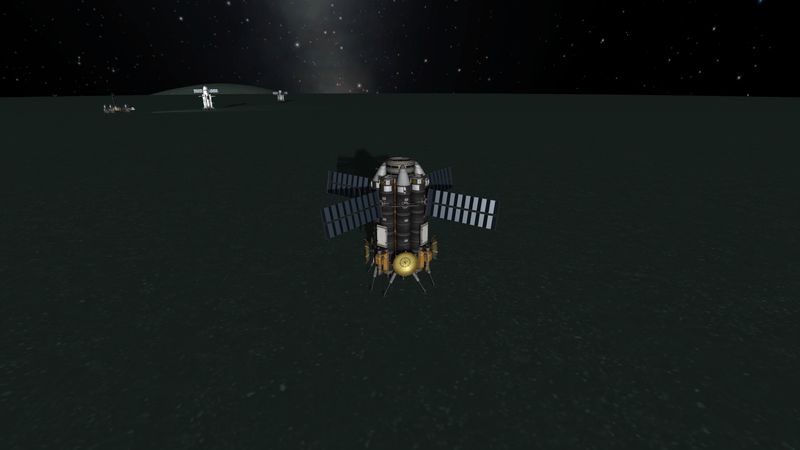 The ore miner mines 9600 ore units and bring them to MiSS 02, after landing, and when fully loaded there ~700m/s of Δv available which is more than enough to enter Minmus orbit and rendez-vous with MiSS 02. The vehicle much however be refueled after each mission. A planned improvement for a second version is to have a small ISRU on board, and refuel while mining, which would avoid taping into MiSS 02 fuel depot storage.
Another planned improvement is to have kerbal seat on the vehicle so that an engineer can come on board to improve mining efficiency if needed. Some of the ore is refined directly on MiSS 02, but the bulk of the ore is brought to Kerbin.
Ore tanker 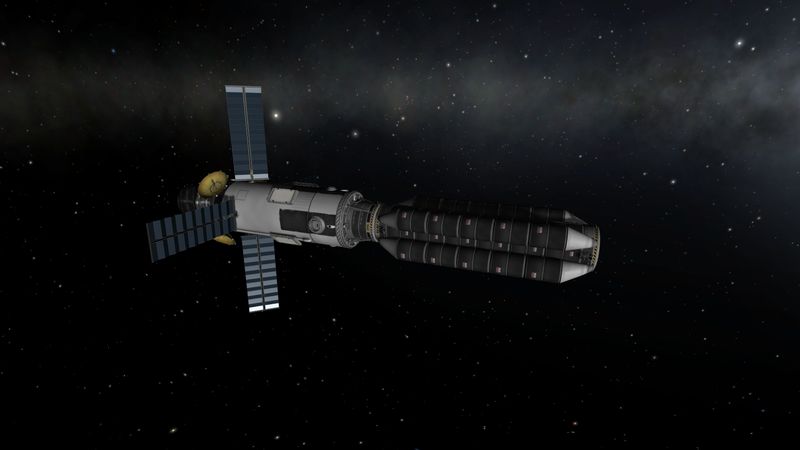 Ore tank + reusable transfer vehicle: Hades 2 mk1
The standard Ore container for transfer between Minmus and Kerbin contains 15k Ore.
As shown above, the transfer vehicle does not have enough Δv to transfer the ore from Minmus to Kerbin without aerobraking.
So the liquid fuel transfer vehicle was replaced by a nuclear transfer stage as shown just below. 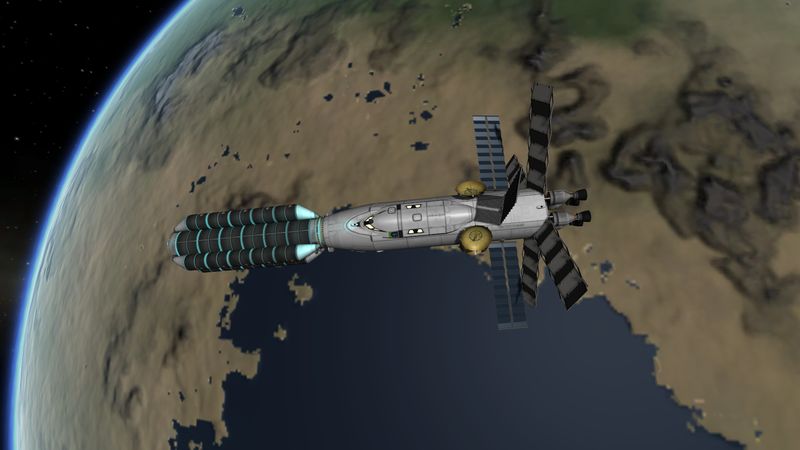 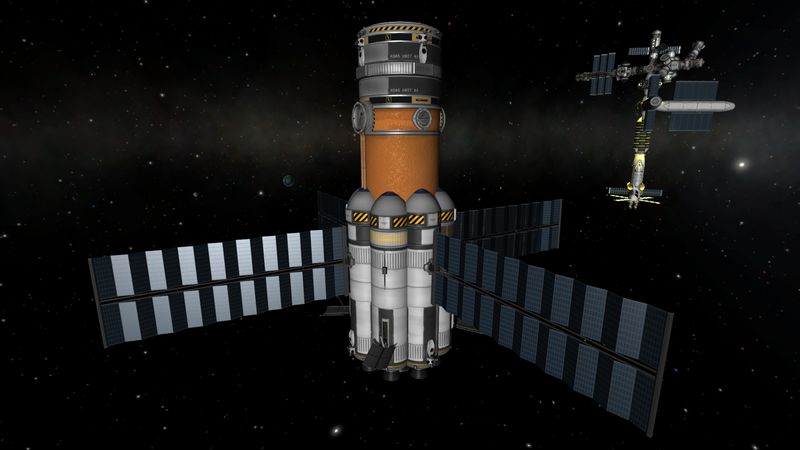 Obsolete: Hades (a.k.a Hades 1)
The only Hades transfer vehicle. Might be considered as a prototype of the idea. With it’s 25 fuel tanks and 2 types of fuel (LF+Ox and Monopropelant) the vehicle was a pain to refuel. This lead to the design of Hades 2.
This vehicle is now in a parking orbit around Minmus.
MiSS 02 Surface Shuttle mk1 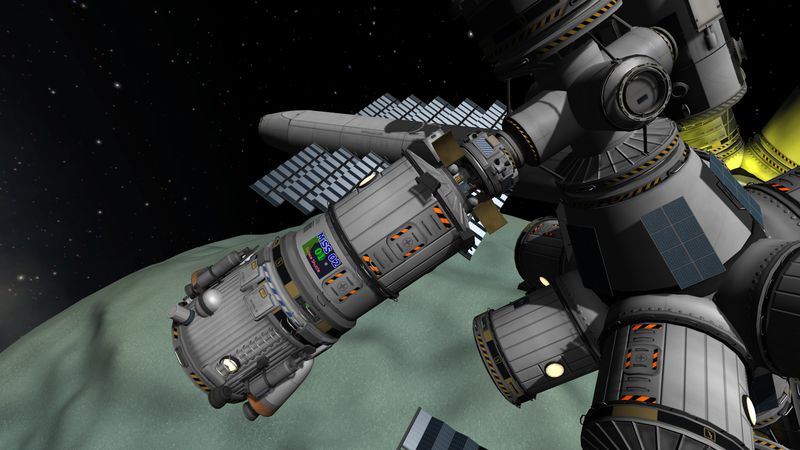 Osolete: Minmus Surface Shuttle mk1
First version of the surface shuttle for Minmus:
Docked to MiSS 02, no use for it is planned in the foreseeable future.
Minmus mining operation, obsolete vehicles 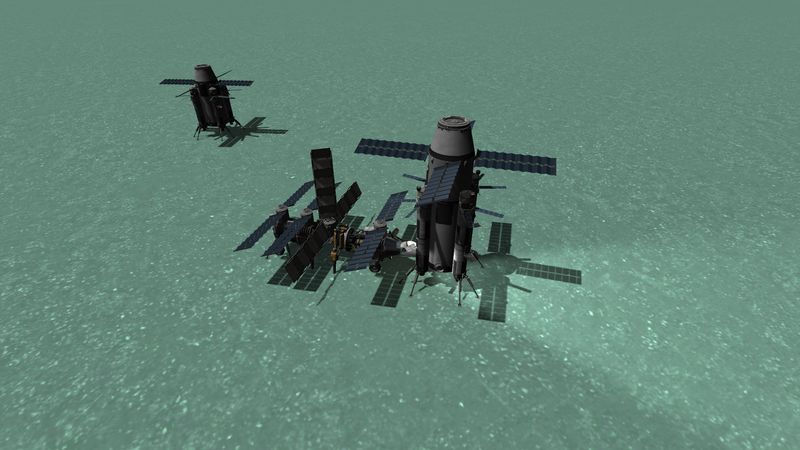 Obsolete: Liquid fuel + Oxidizer miner/refiner and haulers
Before I settled on bringing ore to MiSS 02 and refueling it there, I planned to refuel on Minmus surface, meaning I would need:
One more thing
Gaming Ksp 1 2 Main
comments powered by Disqus